What Do Suppliers Think? 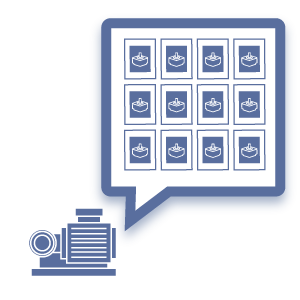 In 2016 we interviewed 106 respondents – 45 suppliers and 61 EPCs – and asked them questions about their difficulties, challenges and frustrations they each encountered executing project document control.

In addition to identifying the biggest pain points from suppliers, the survey uncovered more general feedback which should be of interest to suppliers. The acceptability of explicitly billing for additional document-related workload was supported by 55% of EPC respondents, while only 30% of suppliers explicitly identify project documentation as a line item on their proposals. The presumption is that itemized billing comes hand in hand with a higher tolerance and greater commitment to execute the work correctly, leading to better project results.

Over 75% of suppliers reported experiencing payment holdbacks related to documentation; 15% agreed it was a fair practice while 25% felt it was a ploy to defer payment. Most suppliers are frustrated by EPCs who are slow to respond; 50% agreed that with shorter review/approval cycles, they would categorize holdbacks as fair.

• EPCs don’t choose suppliers based on document management skills. It would seem that although document control is an important factor in the execution of a successful project, a supplier is rarely evaluated on this skill during the selection process. In fact, only 21% of EPC respondents listed supplier document management skills as a criterion when evaluating potential suppliers.

• Only one in four suppliers reported that most of their documents are approved upon first submission. The same proportion felt that their document submissions are never approved the first time. Obviously some EPCs are very good at giving clear document requirements, and some give very poor, unclear, or unrealistic ones.