Areas of Improvement for EPCs 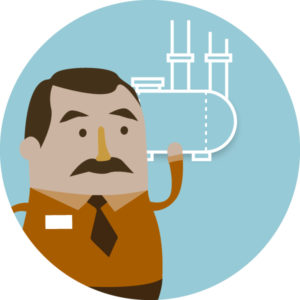 Recently we discussed things that suppliers of process equipment can improve upon in terms of their dealings with the EPCs that they serve. If you’re a supplier who deals with EPCs, there are probably many things that they do that you wish they wouldn’t.

Or perhaps they simply do things you wish they’d do better.

Here are some things you can request of your customers to make your lives easier and as a result, improve the way you’re able to serve them:

EPCs should take more care to trim vendor data requirement lists (VDRL), prior to inclusion in RFPs. Supplier experience sees irrelevant document requirements often listed in the VDR. In some cases, irrelevant lists (based on equipment type) are included in the RFP. Suppliers tend to ignore the lists in those situations, seeing that the requirements are clearly not relevant for the requested equipment. Suppliers who do invest the time do not feel rewarded, as their list of exceptions appears greatly exaggerated compared to a less vigilant competitor.

A more pragmatic review process for exceptions should be embedded into the EPC process. This has been identified by suppliers as a frustrating and combative process. Even in the case where the bid did include exceptions to VDR items, they are rarely corrected with the issuance of the PO. A delay in accepting the PO often challenges delivery timelines, while acceptance locks the supplier into a fight with document control. PO revisions for VDR exceptions is rarely an acceptable practice.

Once the vendor has been selected and the PO placed, EPCs should initiate a joint review of the information requested from suppliers.

An industry-standard reference list of document types would be helpful to your suppliers. Such standards do exist i.e. Norsok standards. While individual EPC lists would continue to exist, if these lists could be referenced to a standard, the suppliers could more easily determine the requirements. It would lead to better upfront understanding of requirements, and better document identification upon submission.

In this context, metadata refers to tag lists, document codes, and document numbers related to the documentation. The survey results identified that loading supplier documents into the EPC data management tool was the biggest time-waster for EPCs. This may result from two issues: the quality of supplier metadata and the way in which EPCs review the supplier metadata. With suppliers accepting the burden to supply document metadata, there is a clear opportunity for IT services to automate the onboarding process. This could be accomplished by implementation of an intermediate portal with sufficient intelligence to qualify data at the point of submittal. Suppliers who are providing good data will reap the reward of minimal rework, while less capable suppliers will be faced with immediate feedback.

Holdbacks are used to ensure the delivery of correct and complete project documentation. Based on the survey, suppliers feel the size of the holdback should vary based on their track record. Suppliers with high quality document work should not be subject to the same terms as a supplier with no document control capability. EPCs should spend some time defining the specifics of the document holdbacks. Many suppliers felt they were used more for EPC cash management, than a management tool.