Private, public or hybrid cloud. What’s best for you? 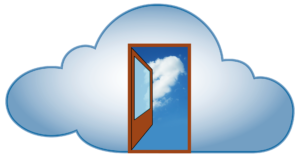 While public cloud computing is growing in popularity, it’s not the only option. You might also consider a private cloud or hybrid cloud option depending on your needs. What are the differences between each and why consider one over the other?

Private cloud apps are those that are created and managed by a specific company for their own personal use that is maintained on a private network. A private cloud app is one that is designed with their specific needs in mind which is one of the main benefits. This means you can design it to be as scalable as you require. Another benefit of the private cloud is the instance where you have information of a sensitive nature that you don’t want shared on a public network. A potential drawback of the private cloud is that you require staff that have the skills and expertise to build and maintain such an app. This includes the ongoing security of the application and all upgrades, patches, etc. Building such an application yourself can end up being very expensive in the long term in this regard. Some companies have policies that require all or certain data to be hosted internally which can limit their ability as a business to consider anything but a private cloud app.

A hybrid cloud is one that as the name suggests involves aspects of both private and public clouds. This typically means that it will involve infrastructure located at multiple locations that encompass on-premises private cloud as well as third-party located public cloud services. A hybrid cloud scenario could be one where highly sensitive data is kept onsite in the private cloud and less sensitive data is hosted by a third-party (Amazon Web Services for example) externally in the public cloud. 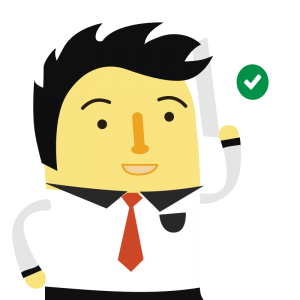 What makes the most sense for your business?

Up until recently, companies generally mentioned security as the main concern related to cloud computing usage. But as cloud computing becomes more prevalent, security has become stronger and according to recent surveys, lack of expertise/resources is now the number one concern that businesses have regarding the cloud.

As mentioned above though, this concern is one that is specific to both the private and hybrid cloud options since they’re the ones that require your own staff to do all (private cloud) or part (hybrid cloud) of the work building and maintaining the app. The development and maintenance of a public cloud application such as DocBoss is handled by the provider, freeing you up to focus on your core business.