Ride Herd on your Documents 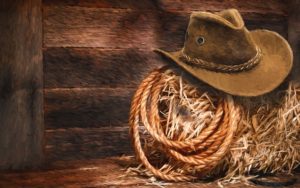 The 2012 Calgary Stampede is behind us and a number of unfortunate cowboys, perched precariously on top of a raging bull, have had the opportunity to see Alberta soil close-up. The horses, bulls and the rest of the animals were still there and there were many new additions to the Stampede in the form of entertainment and perhaps some of the not so haute cuisine menu items.

Expectations of a large attendance were met and about 1.4 million people, slightly more than Calgary’s total population, passed through the turnstiles over the ten-day period. This was the 100th anniversary of the Calgary Stampede and a lot has changed over the years.

Back at the ranch (a.k.a. ‘your project office’), the many project documents are more numerous and some new projects are ready to give your Document Controllers a rough ride. The processes and procedures many Document Controllers use to stay on top of the raging torrent of paper and electronic documents are sometimes not enough. Having the right tools to do the job, like the well experienced and equipped bull-buster, can save the day. Although the office environment is not one where Document Controllers get a mouthful of dirt at the end of their ride, they may end up with a bad taste in their mouth from their attempts at taming the documents they are trying to control.

Speaking of your next projects, the Alberta Economic Development website[i] shows 843 projects in Alberta, with a total value of $125.9 billion dollars to the end of May 2012. Not surprising, the Oil Sands projects, although representing only 7.2% of the total project count, are valued at 65.4% of the total. Added to these, Infrastructure, Power, Institutional and Commercial/Retail represent 90.1% of the total project value.

The 577 top value projects alone likely involve millions of project documents that the project owners and the EPC/EPCM firms they employ must control. Many of the Vendors delivering to these projects also face the same task. Long after many of these projects are completed, people may need to find some documents for follow-up of process or construction issues. Knowing that these documents were properly accounted for when they were an active part of the project gives project management and project owners the assurance that this information was controlled and is available to meet that possible future need.

Traditional methods for keeping track of the thousands of documents that cross your desk or computer screen for only one major project is often a challenge. This develops the potential to get out of control if you are involved in multiple projects, all demanding your attention. You will know which documents need more attention than they rest and whether they are ready for others to use them. Just like having a good team to help the lone cowboy on top of the airborne bull, we can help you control the many documents you ride herd on each day and that you can corral them at the end of the day. Check us out for ways to stay in the saddle and be the boss when it comes to taming the documents under your control.